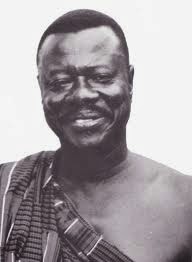 A book titled, ‘Going To Town,’ which is a collection of  articles of the late Paul A. V. Ansah, was re-launched at the British Council Hall in Accra on Monday.

Speakers at the event eulogized the late PAV Ansah aka PAVA and recounted his contribution towards journalism, public relations and an enhanced media landscape in Ghana.

The articles were put together by Professors Kwesi Yankah, Kwame Karikari and Audrey Gadzekpo and reprinted as part of the effort to sustain the legacy of their erudite deceased colleague who was the Director of the School of Communication Studies of the University of Ghana.

Authors of the book put together a selection of his newspaper contributions from 1991 till his death in June 1993.

The articles were mostly published in his column in the Ghanaian Chronicle.
His contributions in the Free Press, Independent, and the Standard were included in the book.

His writings, reflecting a broad range of themes, had been grouped under four overlapping headings: Media, Politics, Society, and International.

Prof Yankah said “we thought that was the best way to perpetuate the memory of the great scholar,” adding “his death created a big void in journalism, and dented the writer’s crusade against oppression and dictatorship in Africa.”

Prof Yankah said “in some of these articles, Prof  Ansah could not help making occasional references to the physical and the psychological constraints under which he wrote in his last days.”

He said that the late Ansah in spite of his immense popularity of his contribution in the media, suffered the heat of criticism but knew the hazards of his journalistic sojourn, saying “he made a name going to town, and he breathed his last in the centre of town.”

Prof. Karikari described the late colleague as “a public intellectual whose scholarship was extended to the public space. He was a brilliant and a needed scholar.”

“His writings were very biting and hard hitting and he was always right on point. He never attacked the person of anybody.”

He said “Prof. Ansah criticized people in very hard terms but he never got to insult the person of anybody he was criticizing.”

“He contributed to the development of the press but it appears the press is stunted at the moment. His newspaper articles reads like today.

Prof Karikari said a compilation of Prof Ansah’s scholarly articles still needed to be compiled and also recognized his colleague’s contribution towards the development of Public Relations practice as well as a lead contributor to the struggle to liberalize the airwaves.

Some of the panelists read portions of Prof Ansah’s articles to the audience and related their readings to what is currently pertaining in the media landscape.

“What would have happened if Prof Ansah was alive today and writing the way he did?” Ace Ankomah, a legal practitioner asked rhetorically.
“The country is still looking for men and women who are prepared to stand and not sit!”

Dr. Joyce Aryee described Prof Ansah as “brave-hearted…he made his political contributions through his writings.”

She said “he had his own moments and difficulties with the authorities. We have in him someone who was willing to pay the price.”

Dr. Aryee said “the country still needs bold people adding “We need to help our leaders to do the right thing…the leaders need the people to tell them the truth.”

Prof Francis Allotey and Ambassador Aggrey Orleans both childhood friends and Dr. Margaret Amoakohene, Director of the School of Communication Studies took turns to recount the experiences they had with Prof Ansah.

Ambassador Orleans said Prof Ansah had his own way of exerting his personalities and his ideas saying “he acted in a unconventional manner.”

“Anything Paul entered into, he did it with effortless excellence,” adding “he was basically a humanist who had a compassion for the ordinary person.”

“He liked to go the way he did…he was not a diabolist. He will defy all odds.”